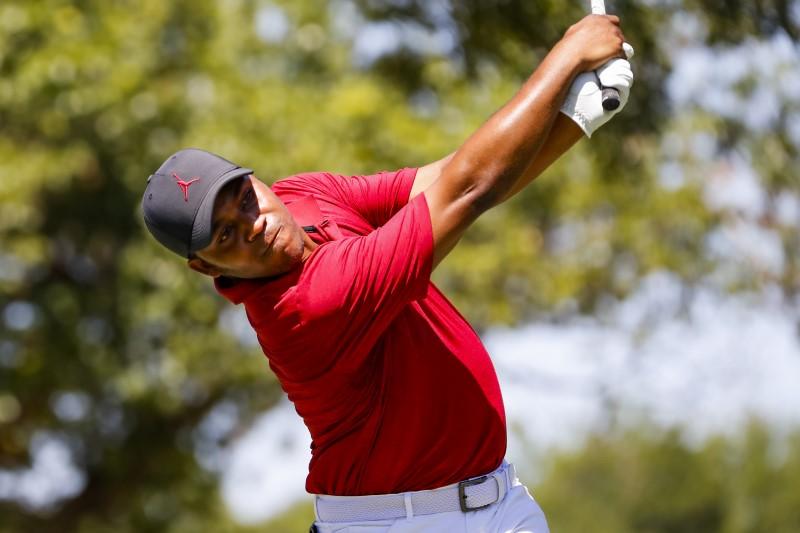 (Reuters) – Harold Varner III said he is taking it one hole at a time after firing a first round seven-under-par 63 to grab a share of the lead at the Colonial Country Club in Fort Worth on Thursday.

The 29-year-old American’s bogey-free round is a boost to his hopes of capturing a maiden PGA Tour victory but he said he is staying focused on the present.

Varner is one of only a handful of black players on the PGA Tour and has been in discussions with commissioner Jay Monahan about how to make the pro game more diverse in light of widespread protest against racial inequality.

He said that while he wants to help foster change in the sport he loves, he knows the best way to elevate his voice is to do what he does best – hit the ball like he did on Thursday.

“The reason I have a platform is because I’m really good at golf,” he said.

“I just need to focus on that.”

The PGA Tour observed a moment of silence at 8:46 a.m. CT (1345 GMT) in honor of George Floyd, a black man who died in police custody after being pinned to the ground by a white Minneapolis officer last month for eight minutes and 46 seconds.

Varner, who went out in the afternoon, said he caught the moment on a TV at the gym before his round.

“I thought it was pretty cool,” he said.

The Charles Schwab Challenge is the first PGA Tour event since the COVID-19 pandemic forced the tour to suspend play in mid-March and is being played without fans in attendance, which he said could work in his favor.

“I think it’s going to help me because I’m going to focus a little bit more,” he said, adding he appreciated hearing fans assembled on a nearby rooftop cheer him when he was playing a hole on the back nine.

“I feed off of that, but I don’t know if it always helps my golf game.”