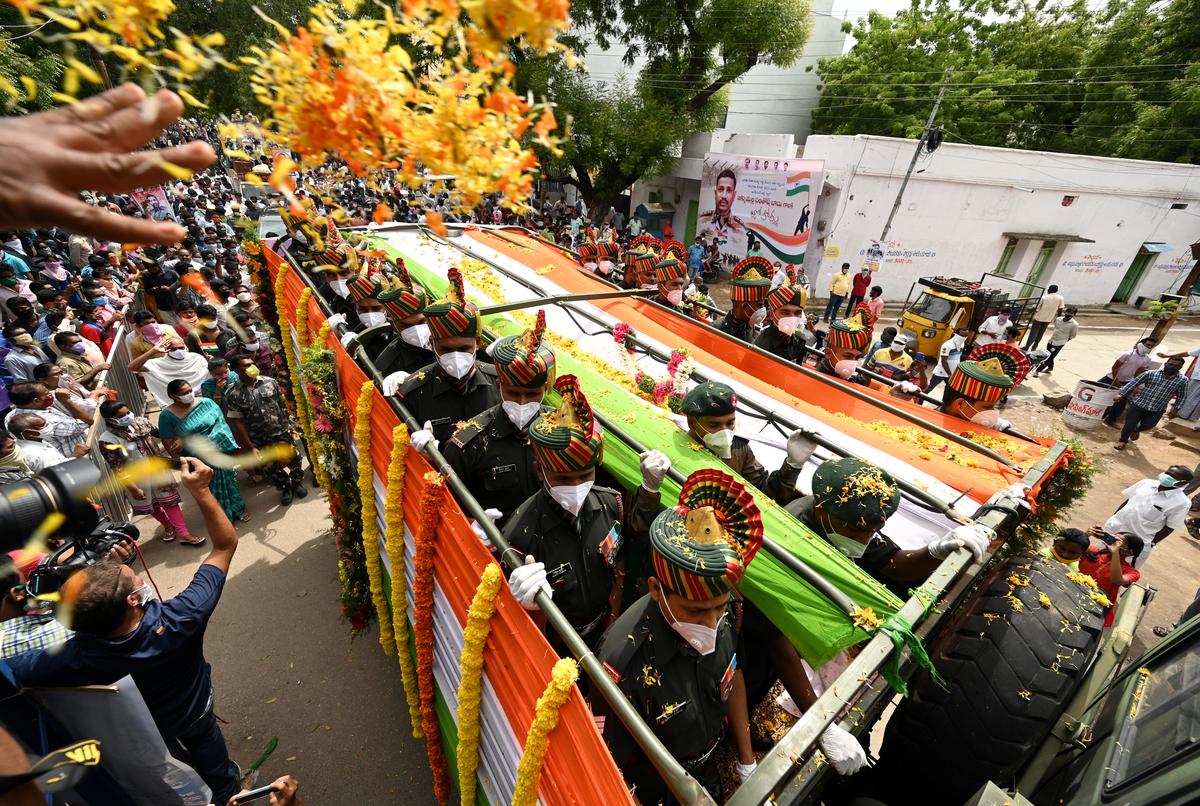 AHMEDABAD, India (Reuters) – In their last phone conversation, Neha Ojha, the wife of an Indian soldier, said she laughed off her husband’s idea to name their daughter Snow White because he received the news of her birth while patrolling a snow-covered valley on the border with China.

She said she asked her husband, Kundan, to come up with an Indian name before he came home.

Sixteen hours later, Ojha was informed that her husband was among 20 soldiers killed by Chinese troops in the disputed Galwan Valley. On Thursday, she said she was struggling to nurse her 18-day-old infant as she awaited her husband’s remains.

“We were all waiting for him (Kundan) to host the naming ceremony of our daughter. Now we’re preparing to hold his final rites,” 23-year-old Ojha said in a telephone conversation, speaking haltingly.

The Indian army on Thursday began handing over the bodies of the soldiers killed in the fight – the worst clash in over half a century between the nuclear-armed neighbours.

Both countries blame each other for the clash, but agreed not to take any steps to escalate matters further.

Indian soldiers who survived the clash said the Chinese used bamboo sticks studded with nails during the confrontation in sub-zero temperatures in the high altitude terrain, while the Indians used stones and sticks. Under an agreement forged in the 1990s, the two armies carry but do not use arms near the border.

China said its troops were engaged in a “violent physical confrontation” with Indian soldiers, but has given no details on casualties.

Despite her husband’s posting in one of world’s most highly militarized areas, Ojha said she had assumed that the dispute with the Chinese would never take a serious turn.

“My husband had compared brawls with Chinese soldiers to scuffles between boys in school, ‘We push them, they push us, we throw a stick, they fling it back’,” she recalled her husband recounting to her.

“I was wrong, we were all wrong to trust the Chinese…they must be punished.”

Indian Army soldiers carry the coffin of Colonel B.Santosh Babu, who was killed in a border clash with Chinese troops in Ladakh region, on a truck during his funeral ceremony at his hometown in Suryapet, India, June 18, 2020. REUTERS/Idrees Mohammed

Hardline nationalist groups with ties to Modi’s Bharatiya Janata Party have stepped up calls for a boycott of Chinese goods and a cancellation of contracts with Chinese firms.

“This kind of bludgeoning must stop. China has a strong army but Indians will unite against them if they continue such attacks,” said Kishore Singh, the father of a deceased soldier, hours before he received the body.

“The Chinese are using their brute force amid a pandemic, the world must stand with India to punish them,” said Singh, a retired teacher.