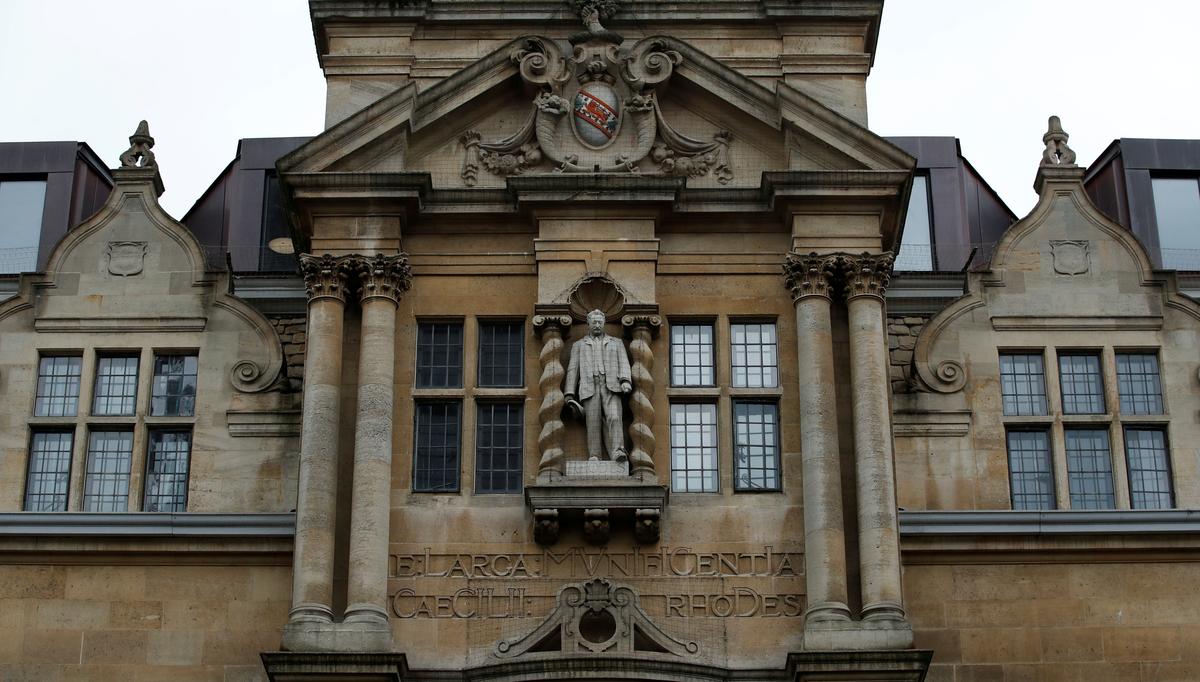 LONDON (Reuters) – The governing body of an Oxford University college said it would recommend removing a statue of 19th century colonialist Cecil Rhodes from its facade, the Daily Telegraph reported on Wednesday.

Oriel College had been under pressure for several years from the #RhodesMustFall movement, a campaign by students who argued the statue of Rhodes glorified racism, but the college had previously resisted calls to remove it.