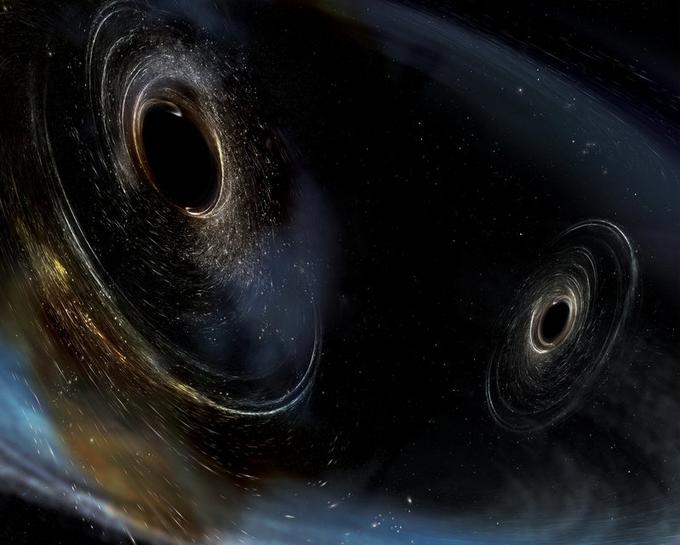 Scientists have for a third time detected ripples in space from black holes that crashed together billions of light years from Earth, a discovery that confirms a new technique for observing cataclysmic events in the universe, research published on Thursday shows.

Such vibrations, known as gravitational waves, were predicted by Albert Einstein more than 100 years ago and were detected for the first time in September 2015. They are triggered by massive celestial objects that crash and merge, setting off ripples through space and across time.

The latest detection occurred on Jan. 4, 2017. Twin lasers in Louisiana and Washington picked up the faint vibrations of two black holes that were 20 and 30 times more massive than the sun, respectively, before they spiraled toward each other and merged into a larger black hole.

The discovery marks a turning point in the nascent field of gravitational-wave astronomy, which scientists are developing to learn more about how the universe formed. The first detection of gravitational waves created a scientific sensation.

A team of more than 1,000 scientists published their findings in this week’s issue of Physical Review Letters.

Like the previous two detections, the gravitational waves discovered in January slightly jiggled the L-shaped, 2.5 mile-long (4 km) laser beams that comprise the heart of the Laser Interferometer Gravitational-Wave Observatory, or LIGO.

By matching the shape of the waves with computer models, scientists confirmed the collision took place about 3 billion light years from Earth, twice as far as previous detections.

Black holes are regions so dense with matter that not even photons of light can escape their gravitational pull.

Analysis shows the pair likely were spinning in different directions before merging, a clue that they formed separately in a dense cluster of stars, sank to the core of the cluster and then paired up, Georgia Institute of Technology physicist Laura Cadonati told reporters during a conference call.

A second gravitational wave observatory in Italy is scheduled to begin operations this summer and will enhance LIGO’s ongoing studies. Scientists eventually expect to be able to find black holes merging about once a day.

They also are on the hunt for other objects, including colliding neutron stars, which are the dense remnants of collapsed stars so packed with matter that a single teaspoon would weigh 10 million tons on Earth.