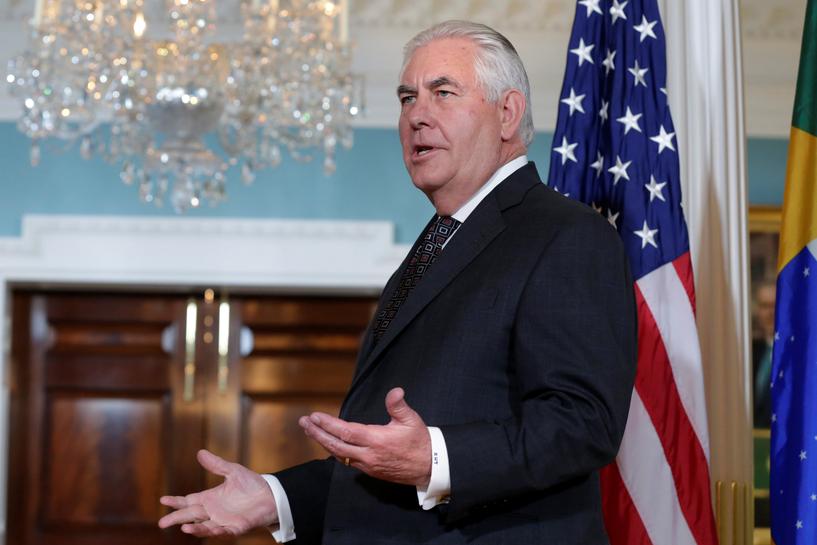 WASHINGTON The United States will continue its efforts to reduce its greenhouse gas emissions despite President Donald Trump’s decision to leave the Paris climate accord, U.S. Secretary of State Rex Tillerson said on Friday.

“It was a policy decision and I think it’s important that everyone recognize the United States has a terrific record on reducing our own greenhouse gas emissions,” Tillerson told reporters at the State Department.

“That was done in the absence of a Paris agreement. I don’t think we’re going to change our ongoing efforts to reduce those emissions in the future either, so hopefully people can keep it in perspective.”

Tillerson, the former CEO of Exxon Mobil Corp (XOM.N), had advocated keeping the United States in the deal so it could keep a position at the international bargaining table over how to address climate change.